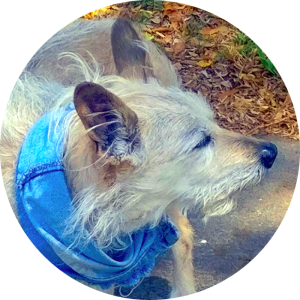 Before I screwed up my blog and lost all my posts I had a post complaining about how difficult it was to save money with my family. I’ll just type that up again.

My mother and father were not money savvy. I have been living in a rented house, somebody else’s house, since I was about Eleven. Since I was a child the only financial lesson I learned from them is that you have to work hard for your money. Not what to do once you have that money, not to save that money, not how much of it to save check to check, and not to put it towards a goal. I am 30 living with my parents still and nothing has changed much on their end. At the very least I’m now a bit more savvy on how to save money. Wish I learned some things early on though.

One of the worst money tricks I learned was college. The education system is a joke, especially if you’re a young person with no idea of what you want to learn. It’s designed to drain you of money with no way to pay it back. With promises of success and the respect of your family and peers. That’s not the case. There is no guarantee of a job when you graduate- the only good thing that comes from it is networking. To a certain degree you are better off partying with friends and making possible job connections than being studious. I went to school to learn about computers. I left with a bachelor’s degree in Software Analyst and Design. I have no idea what software analyst and design is.

Protip. If you want to go to college for computer science, networking, and or programming. You are better off skipping school, learning from the bevy of free material online, and trying to get a job afterwards. You can always work on your own projects or help out a couple open source projects online to color your resume. If you need a degree to move forward in your career than you can worry about it then. At least by then you’ll have an actual job to help you pay and plan for the debt you will be undertaking.

After college I found a nice seasonal job that payed me very well. I was making enough money that I was able to pay for the houses rent for three months. I was very proud of that. It was a big mistake. My first mistake.

This is where I learned about the poor person’s mentality. In my head I thought I was giving my parents some alleviation from their financial issues. That was not the case at all. Their situation did not change. No money was saved, and no debts were paid off. The money went else where. Probably to feed my fathers addiction to eBay auctions. Though he’s bid on tools he could possibly one day use for work it was a money sink. My brother and I once sat in while he did he taxes with an accountant and came to the realization that in one year he had spent about 10,000 dollars on eBay purchases. A nice sum of money that could have been used for a down payment on a house. He cleaned up his act since than- it was a surprise to him too- he still makes the occasional eBay bid and purchase. Claiming now he can sell it back on eBay for a profit. Mind you this is a person who refuses to be asked how much he has spent on purchases, how much profit he has made from said sales, and has no plans with whatever profit might come his way. It’s very frustrating and at this point I’m just venting. My point is no matter how much money a person can receive if they live with this poor person’s mentality more money will not fix the situation. I imagine this is why you hear of those horror stories of people going broke after winning some lottery contest.

It was around this point that I started trying to save my own money. I even played around with investing in stocks and cryptocurrencies. I did okay. When I showed my parents how much I saved- my second mistake- they were proud to see someone in the family actually save money. At that point I became my families emergency fund. If something came up like rent or bill and there wasn’t enough money to pay it off than they’d consult me for help (Keep in mind I help with the house bills too, so this was usually rent). I would pull away from my crypto or stocks to help. Those possible gains are now gone. I wanted to help though, I wanted to be a good son. Whoever is reading this- if you’re going through something similar let me tell you. A poor person stays poor- comfortably so. As long as they have their big screen TV and smart phone (What most of the poor in the US have) they will not become homeless or risk losing electricity to power those devices. If they need to come up with the money some other way THEY WILL. DON’T HELP THEM.

They will tell you how much they appreciate your help. Than test you. I often did not ask for the money to be paid back. If they were feeling kind enough I would maybe get a 4th of what I gave them back. I once made the mistake of asking for the money back from my father (At the time it was a large sum of money for me to give). He suggested paying it back gradually. I had to remind him, he’d insult me when I did. He once told other people how he hated when people would want to borrow money from him and pay it back gradually over time- in front of me. I wasn’t sure if maybe he was self aware of the situation and mocking me. In the end I never got it all back. I stopped reminding him. I’m venting again, but to whomever is reading this, don’t put yourself in that position. I eventually lied to my parents when they needed money. Like I said earlier if they were behind on a bill they manged. Maybe work a little more, stop with the online purchases, or speak with the landlord on paying rent late.

I’m saving for a home now. For me and the folks. A mortgage is cheaper than rent and if I head up north I can get more bang for my buck. I showed my parented the bit of money I was able to scrape after it grew to a nice size and told them I could not help them like before and the plans for our new home. It seems to have finally sunk in. The fact that we live in a house that seems to be falling apart right in front of us and have a landlord with no plans to fix the issues is also helping everything sink in. I put in a 4th of my checks towards a home and will be upping that to half of my checks down the line. Now that I don’t have to worry about pulling investments out I can just let them grow. I’m hoping to get us out of here in three years. Afterwards I’ll need to also focus on planning towards my own home- for myself. My dream is to have a house bought by me, for me and just me, with no more debt, and to die in that house.

If you’re a younger person reading this and you’re not financially secure try and set that up now. Get something that’s yours. There’s a stress when it comes to living in someone else’s house. You may not feel it now, but you will. If you are renting you may call it your home, but it’s not yours. Go online and try and do some learning about money, just like that computer science stuff I mentioned earlier you can learn that on your own. Get a credit card too and start building up a nice credit score. Turns out that important if you wan to buy big things like a car or a home. That’s more learning you’ll have to do, but it’s not so difficult. Best of luck.